Meet Our Team: An Interview With Simran Chalhotra 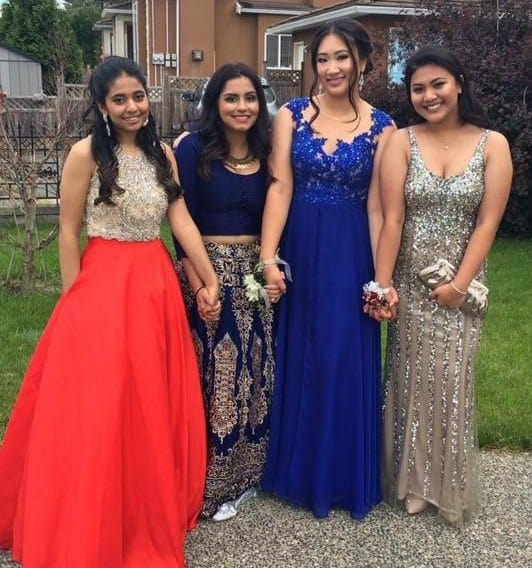 When Simran Chalhotra (second from the left) and her friend Melissa Apostol decided that they wanted to volunteer together, they had a hard time agreeing on where they should donate their time. Simran was advocating for the seniors’ care centre where her neighbour “Teresa auntie” was always encouraging her to volunteer. Melissa wanted to go to the seniors centre where her dad worked. Fortunately, the disagreement was resolved when they discovered that they were both talking about Three Links.

Simran and Melissa joined the Three Links volunteer team and learned how to give therapeutic hand massages to seniors. Simran says she was tentative at first, until one of our more assertive seniors told her that he could barely feel her massaging his hands. He became one of her favourite people to visit.

“You get to know people on so many levels,” says Simran, “it’s nice to have an activity to do together while you’re chatting.” She loved it so much, she invited her friends Brittney and Shania to join her. And when Three Links advertised an opportunity to work in the volunteer office as a program assistant, she jumped at the chance. Since starting her job in August, she has really enjoyed making more connections with staff and residents at Three Links.

Simran is currently in her second year of undergraduate studies at UBC, with a dream of becoming a high school teacher. She hopes to offer the same kind of inspiration and positive influence that her teachers gave to her. When her family and friends ask her why she’s not aspiring to become a doctor, she says “who taught that doctor? A teacher did.”